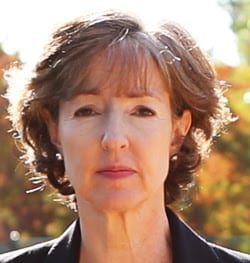 FORSYTH COUNTY, Ga. – Jane Robbins, an attorney and senior fellow with the American Principles Project who has testified before Congress and 12 state legislatures,  will be the featured speaker at the Forsyth County Tea Party meeting Monday, July 26 at VFW, 1045 Dahlonega Hwy.

A graduate of Clemson University, Robbins has worked on issues related to education, parental rights, and religious freedom. Since retiring from APP she has focused on issues related to the sexualization of children in schools, healthcare, and the culture at large. Her articles on these topics have been published in numerous national media outlets. She also serves on the board of a new organization called American Achievement Testing, which is developing a traditional U.S. history curriculum to be offered to high schools as an alternative to current leftist models.

The meeting will also focus on the Tea Party’s continuing series on Critical Race Theory (CRT) and Diversity, Equity and Inclusion (DEI).