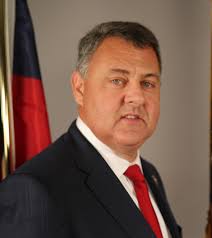 ATLANTA — After entering into a suspension of nearly three months due to COVID-19 concerns, the Georgia General Assembly resumed its work at the Gold Dome last week, picking right up from where we left off. Upon returning, the Senate embraced many changes in an effort to mitigate the spread of this disease including new voting procedures, temperature checkpoints at Capitol entrances and reconfigured committee rooms to more effectively social distance.

Another stark difference was the absence of a friend and colleague, Sen. Jack Hill (R-Reidsville). Sen. Hill passed away during our pause in the session and his presence is missed dearly due to his years of conservative stewardship of your tax dollars as the Chairman of the Senate Appropriations Committee. As the state begins to navigate its way through an uncertain economic environment, we would do well to follow the model of fiscal responsibility established by Sen. Hill.

The first committees to resume following our pause were subcommittees of the Senate Appropriations Committee. These subcommittees were where agency heads presented their budget proposals and were available to answer questions from committee members on spending priorities. At the time these meetings were held, the state was anticipating a 14% budget cut across all agencies would be required to meet the lowered revenue estimates that resulted from businesses closing their doors throughout the peak of the COVID-19 virus. While the estimated cut was further reduced to 11% and then to 10%, these subcommittee hearings allowed department heads to find innovative methods to reduce costs, such as eliminating landline phones and reducing their physical footprint by relocating to more modest offices. In a further effort to reduce the burden places on Georgia’s hard working state employees, the legislature passed SB 416 which would reduce the salary of lawmakers by 10%.

While these proposals were a great starting point, we continued to anticipate that greater cuts would be necessary. Throughout the last two weeks, Appropriations Committee meetings continued in order to find ways to balance our budget without sacrificing important state services that countless Georgians depend on. The result is a product that makes some painful, but necessary, cuts while still ensuring the services we all depend on remain available. At around $26 billion, and just around $2.2 billion less than originally allocated by the House, this budget is large enough that all agencies will receive essential funding, while lean enough that waste has been all but eliminated. Specifically, this budget would increase rural hospital stabilization fund grants to $10 million, extend postpartum care to six months after the birth of a child, and add $400 million from the original cut made to the Quality Basic Education formula. While this budget is not what we originally intended, or hoped for, in January, this final piece of legislation is the result of tireless work of the House and Senate Appropriations Committees, General Assembly staff and participation from our partners at state agencies.

While the session may be over, I remain committed to serving you in any way I can. Please do not hesitate to reach out to my office if you have any questions, comments or concerns about the budget or any legislation that passed this year.

Sen. Steve Gooch serves as Majority Whip of the Senate Majority Caucus. He represents the 51st Senate District, which includes Dawson, Fannin, Gilmer, Lumpkin, Union and White counties, and portions of Forsyth and Pickens counties.  He may be reached at 404.656.9221 or via email at [email protected]