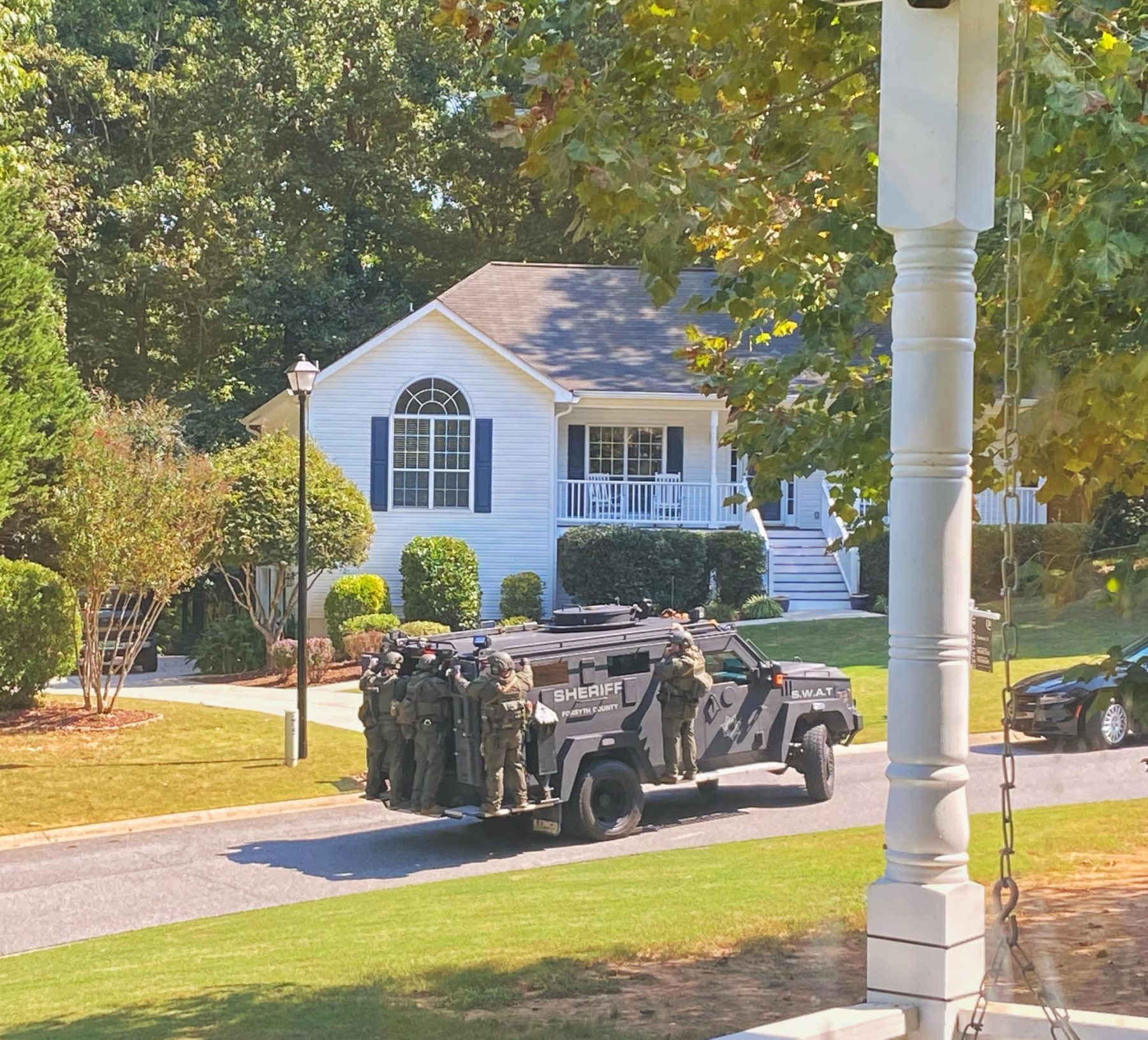 FORSYTH COUNTY, Ga. — Members of the Forsyth County S.W.A.T. team took a murder suspect into custody this morning at his residence on Autry Mill Road.

Within one hour of his return, S.W.A.T. set up a perimeter around the Autry Mill home and Davis surrendered peacefully.

He is being held in the Forsyth County Jail.