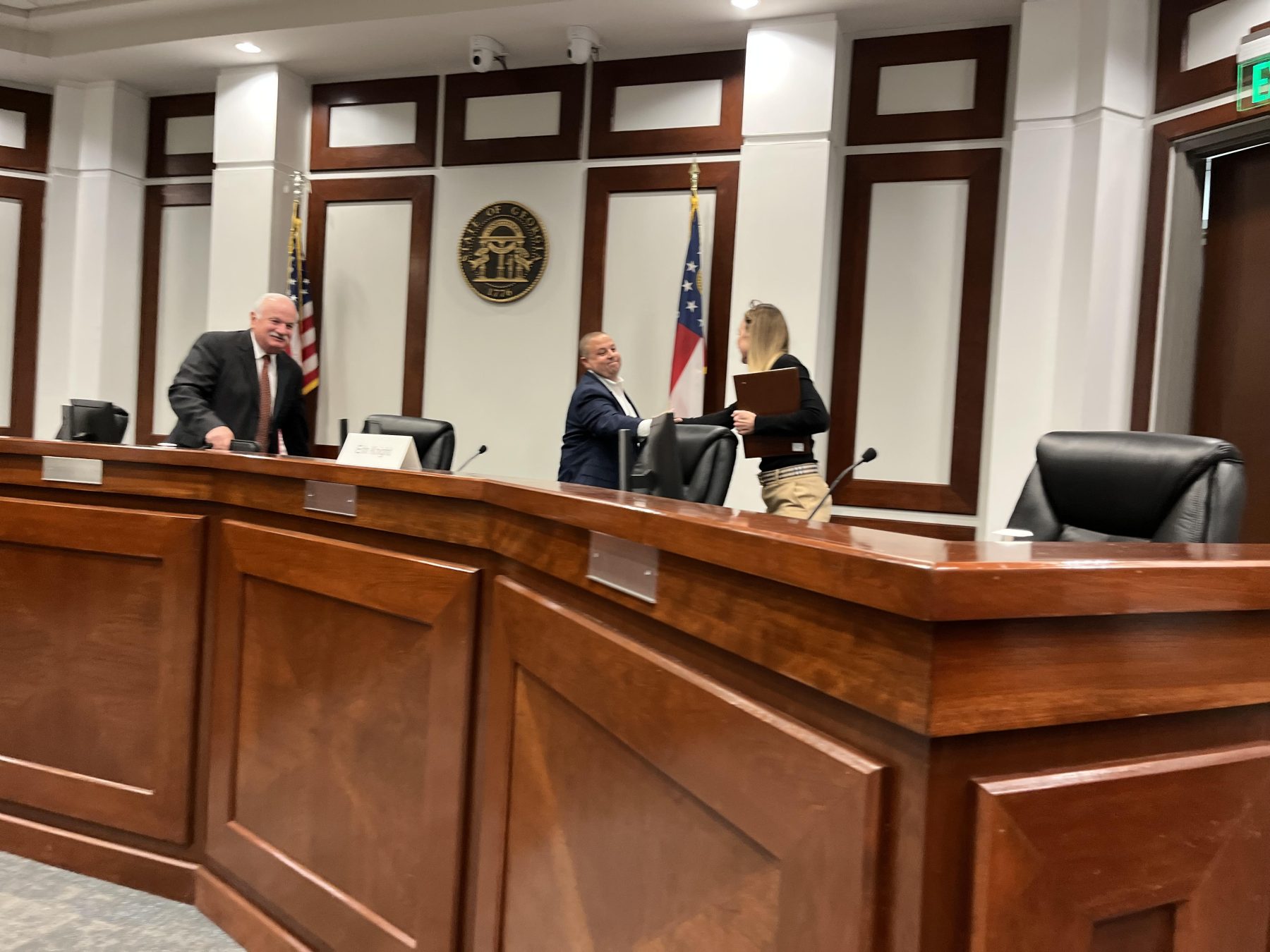 FORSYTH COUNTY, Ga. — The District 5 seat on the Forsyth County Board of education opened up when Kristen Morrissey chose not to run for reelection. Mike Valdes, a construction manager, and Erin Knight, an independent reading specialist, qualified last month to run for the position. They participated in the Republican Party debate Wednesday evening in the County Administration Building.

Valdes, the father of three Forsyth School System students,  has often volunteered to serve on school advisory boards and school councils. In the last year, he has done extensive research on the school system and learned “Primarily that the good outweighs the bad by a huge margin.”

He said he has a business acumen that is very relevant to what the School Board does. He has managed multi million dollar construction projects and employed large teams of multi-disciplined professionals. “So I am accustomed to diversity,” he said.

The three major issues facing the school system in the future, he said, are the county’s population growth, the loss of experienced teachers and the implementation of systems that are steeped in political problems. “That is just a fact. It is not open to debate,” he said.

Knight said she is a 25-year educator who has worked as an independent reading specialist the last 10 years.

“The thing I am most proud of is raising my three children and becoming involved in their education in Forsyth County,” she said. She has been involved in many school councils and steering committees.

If she is elected, she said she can be counted on to fact check and be a responsible communicator. “I will always go to the source to find the truth. I’m running because I have a heart for service and I look forward to ensuring the best possible education for our students.”

Knight agreed that attracting and retaining qualified teachers is a big issue. “The number of college students going into the field is declining each year,” she said.

“Something else that is important to me is the reading program. Dyslexic students are not screened in our schools and there is a big population of dyslexic students. It is not recognized as a disability.”

The candidates agreed on several other issues, including whether or not parents should be allowed to opt in on surveys and certain programs rather than being required to opt out.

But they parted ways when it came to the issue of divisive concepts making their way into the school system, Valdes said there is no doubt they have. While the School Board has long maintained critical race theory is not part of the curriculum. Valdes argued that Diversity, Equity and Inclusion (DEI),which the Board adopted as part of its strategic plan years ago, is a major concept of CRT.

Valdes said research shows that DEI is imbedded in teacher training, classes, supplemental sources and the school libraries. “Case in point, the school system suspended DEI because they agree with us. But it’s still in our books and libraries,” he said.

Knight, who has stated on her website that CRT is not part of the Forsyth County curriculum, said, “On the other hand, I do believe that DEI and SEL (Social Emotional Learning) do have their place in our schools. We shouldn’t throw the baby out with the bath water.”