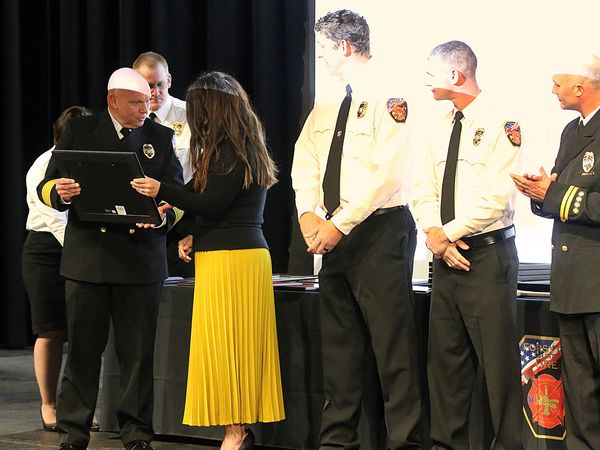 In the promotional portion of the event, 34 members of the department were formally promoted to their new positions of battalion chief, captain, lieutenant or fire apparatus operator.

Below are the names of all that received promotions along with their new title.

Volunteer Firefighter Tim Greaves and Volunteer Firefighter Joe McNamara were also recognized for their recent retirements. “It is truly an honor to be able to recognize our personnel for a job well done,” said Fire Chief Barry Head. “I am proud to be able to work beside all of the men and women that serve in the Forsyth County Fire Department, and I appreciate all that they do for our community.”