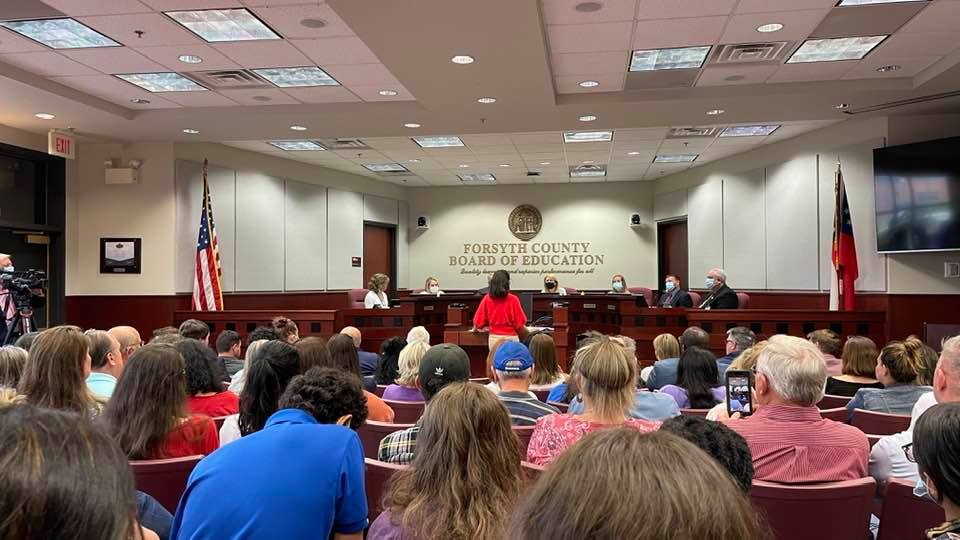 FORSYTH COUNTY, Ga. – The Stop Critical Race Theory (CRT) movement is gaining momentum nationally and in Forsyth County where hundreds of angry protestors will gather at Tuesday’s Board of Education meeting to demand that CRT be removed from schools.

The meeting inside will begin at 6 p.m. The meeting in the parking lot will start an hour earlier. Social media has been exploding for weeks calling on those who believe CRT to be a Marxist-originated, racist ideology that divides people and families to attend the meeting.

Concerned Parents of Forsyth County Georgia, a private Facebook page that boasts of 1,500 followers, has been the leading voice of opposition in the county. Its followers are angry and at least one person has suggested a recall petition for School Board members.  Others have called for Superintendent Dr. Jeff Bearden to step down.

Truth in Education, a non-profit organization, has also called on its members to attend Tuesday’s meeting and President Rhonda Thomas has said she will set up a table in the parking lot to distribute information about CRT.

Monica Matthews, a member of Republican Women of Forsyth County, will address the crowd and Tim Coffey has invited everyone to join him in prayer for those who oppose CRT and for the students who support it.

School officials have insisted that CRT is not in Forsyth County Schools and the strategic plan they adopted in 2017 – Diversity, Equity and Inclusion (DEI) – has nothing to do with CRT. Opponents are just as adamant that DEI is just CRT by a different name.