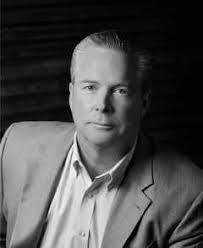 Zoning condition 15a requires a maximum lap exposure of six inches. A contractor for the builder inadvertently built eight of the 85 homes in the subdivision with a seven inch exposure. Five of the homes received Certificates of Occupancy (COO) before the error was discovered. Three homes have been sold and are expected to close this month but do not have COOs.

In asking for a variance, the builder, Taylor Morrison of Ga., LLC, took responsibility for the error and explained it was due to a change in contractors during the construction of the homes.

“I’ve spoken to several commissioners already and explained that Taylor Morrison is responsible for all of this,” said Rick Carruthers, Division President for Taylor Morrison. “We’ve got three homeowners who are waiting within weeks to move into their homes. That is the time pressure we’re under to get this right.”

As a good faith gesture, Morrison agreed to upgrade to carriage doors on all homes that are still under construction. The Board unanimously approved the variance.

Postponed a public hearing on a proposed amendment to zoning conditions on ZA 3807 by Nancy Bentley and rezoning from CBD and A1 to MPD;

Postponed a public hearing on amendments to Chapters 3, 10, 11, 15, 16, and 21 related to backyard chickens within the Unified Development Code of Forsyth County;

Postponed a public hearing on the addition of residential design standards for single-family attached and multifamily development to the Unified Development Code;

Approved an extension of the moratorium on the receipt of land disturbance permit applications for Res4, Res6, and R3 multifamily and single family attached products, to include the possible allowance for certain exceptions from the moratorium;

Agreed to bring back to a work session a discussion of proposed amendments to the Unified Development Code related to Master Planned District;

Approved amendments to Chapter 21 related to compliance with the Coal Mountain Overlay within the Unified Development Code of Forsyth County;

Withdrew amendments to Chapter 16 related to separation distance between car wash businesses within the Unified Development Code of Forsyth County;

Postponed a public hearing on proposed amendments to Chapters 3, 12, 14, and 16 related to vehicle sales and repair within the Unified Development Code of Forsyth County.